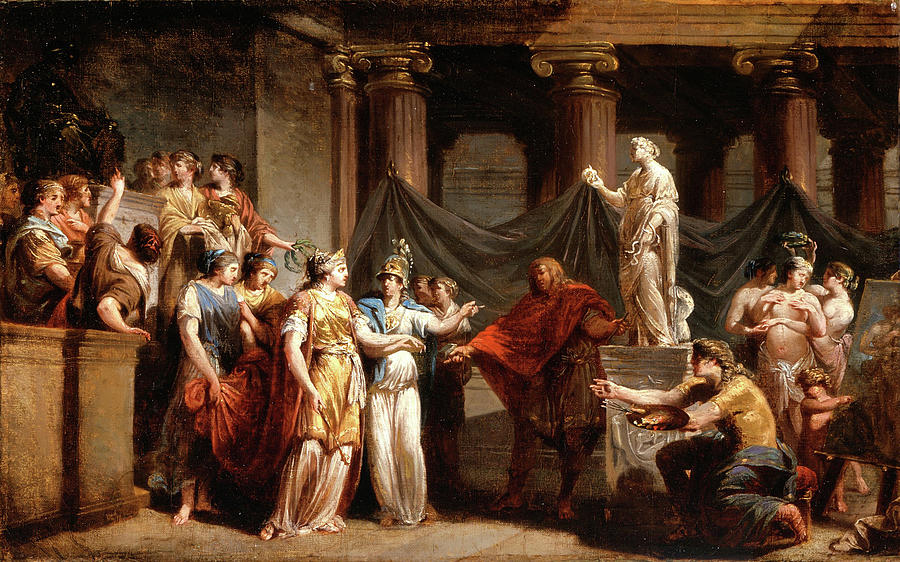 The West is indeed becoming less and less interested in the classical sources of our civilization. Knowing less about our own civilization also seems to make us lose the ability to listen carefully to what we could learn from others.

Professor Brague’s observation offers a compelling, indeed surprising, insight: To ponder the West’s classical sources is to maintain the proper interest in our civilization. To maintain that interest is to maintain a fundamental openness to cultures other than the West, and there lies the surprise.

We hear that Western civilization is not a necessary culture with which to associate, even for a classical mission. An urge to dissociate typically emerges under a concern that identifying with the West translates to exclusiveness or triumphalism—or at least to the appearance of one or the other. So as not to appear illiberal, some think it best to distance ourselves from Western attachments: “Just emphasize the classics or the liberal arts generically,” the counsel goes. “Besides,” we hear, “the West is derivative, so it is not really important to understand ourselves as Western.”

There is something to the point regarding the West’s derivation. Our forebears had to import their most important cultural sources from Athens and Jerusalem. As Brague explains, in Rome, “[w]ith the coming of Christianity the preceding cultures were not destroyed, but a new civilization was formed. As the Romans recognized that their culture was ‘secondary’ to that of the Greeks, the Christians recognized that Judaism preceded Christianity. This understanding gave European civilization a unique openness and humility toward the enormous cultural achievements of the past.” ​That is the sense in which the West’s culture is derivative or, as Brague puts it, “secondary.”

There is no comparable validity, however, in a case for dissociation. Under the demand for including all cultures, the West’s opponents commonly single it out for repudiation. The demand, of course, does not hold up since the claim to universal inclusion and selective repudiation inherently oppose each other. That incoherence makes an obviously poor starting point for any classical mission contemplating dropping the Western banner. The repudiators’ pressure may be real, but their claim is unreal.

To ourselves and to anyone willing to dialogue, we do well to ask this question: Where does the underlying universalist conviction originate—the claim that all cultures are worthy of study? The answer is none other than the very sources that make the West derivative—Athens and Jerusalem, the two sources that Brague indicates as foundational to Europe’s transformation, plus Rome, who, in order to absorb and maintain the contributions of Athens and Jerusalem, practiced a distinctive “openness and humility.”

For good historical reasons, you may not normally associate Rome with humility. Then again, it is remarkable how Romans recognized and accepted the superiority of Hellenic culture; how the Roman Senate, the greatest deliberative body of its time, conceded that the powerless Christians cared for the Roman poor in ways that far surpassed anything Roman authorities did; and how Latin Christians, seeking ways to preserve their church and articulate their faith, accepted pagan philosophy as a language to serve those purposes.

By recounting the forging of the West through the absorption of Athens and Jerusalem, Brague reminds us of what genuinely orients our openness. It is transcendent love: the love of wisdom, as in Greek philosophy, and the love of God, as in Judeo-Christian revelation.

In turn, the same love expands the heart toward all persons, since each person is the locus and, thereby, the occasion of transcendent experience. Every person, as we learn from Athens, has a desire to know and a corresponding capacity to know what is lasting. Each person, as Jerusalem teaches, bears the eternal God’s image; and even the most marginalized members of society find unprecedented dignity because, as the Christian Gospel teaches, God himself identifies with them.

Finally, that expansive attitude toward the person opens the West to other cultures, to learn from them. A culture is, after all, where we find the person—the very one to whom transcendent love orients us.

In Brague’s formulation, the relational order between our cultural sources, our culture itself, and our openness to others is not reversible. Our openness is not born from conceding our identity as Westerners, just the opposite. Closing ourselves from the love of wisdom and God is not only untrue to our heritage, it turns us inward from the inherently outward orientation that transcendence engenders and thereby removes the ground on which genuine openness rests.

To hold that ground, there must be a steady confidence about who we are. We draw that conviction chiefly from what we know. As ​Roger Scruton ​put it in his final speech, Western culture is “the knowledge of the human heart.” ​Elsewhere​, he identifies it as “the collective practice which renews our visions and extends our sympathies into all the corners of the heart. It is the ongoing record of the life of feeling, which offers to every new generation the examples, images, and words that teach it what to feel.”

Love is the source and summit of feeling, transcendent love its origin and end. The West knows about these things, these lasting things, and, at its best, practices them. Scruton’s “knowledge of the human heart” lies in the West’s great collection of humane letters, art, history and biography, architecture, religion, legal and political orders, creative economy, and all the things our culture offers by way of situating us in the world, deepening our sympathy for the human condition, and providing for the good of the individual person as both the occasion of transcendent love and the foundation of the social good.

Because of human freedom and the real possibility that we may, at any time, fall short of our purposes, every culture needs maintenance; ours is no exception. As Brague points out, the West currently seems less open to others, which may surprise us, since the prevailing trends today would seem to expand openness. The West’s mounting forgetfulness and consequent closedness are diminishing what we know in important areas. To recount one of Brague’s examples, Westerners are losing their commitment to having children. If we were truer to our heritage, he points out, we would be more open to and more likely willing to learn from those who, out of their own culture, have successfully maintained their commitment to children and who know better than we the consequences of forgetfulness.

Brague’s example soberly reminds us that Western culture depends on sustained renewal. The West only lasts as a matter of generational remembrance and habitual exercise of its great loves. Correspondingly, if we neglect our inheritance and forget to love as our predecessors taught us to love, our heart for others diminishes. This is Brague’s insight: To remember and to practice the loves that lie at the origins and heart of Western culture is the foundation necessary to Western openness.

I know that it takes a bit of nerve today to resist the exclusion of the West at the table of cultures. Then again, when we restore our interest in the great classical sources that feed our knowledge of the human heart, we rediscover that our forebears set a table to which everyone is invited.

It turns out that turning West again is more liberal-minded than dropping its banner.

Andrew J. Zwerneman is co-founder and president of Cana Academy. His latest book, ​History Forgotten and Remembered​, is ​available here​.