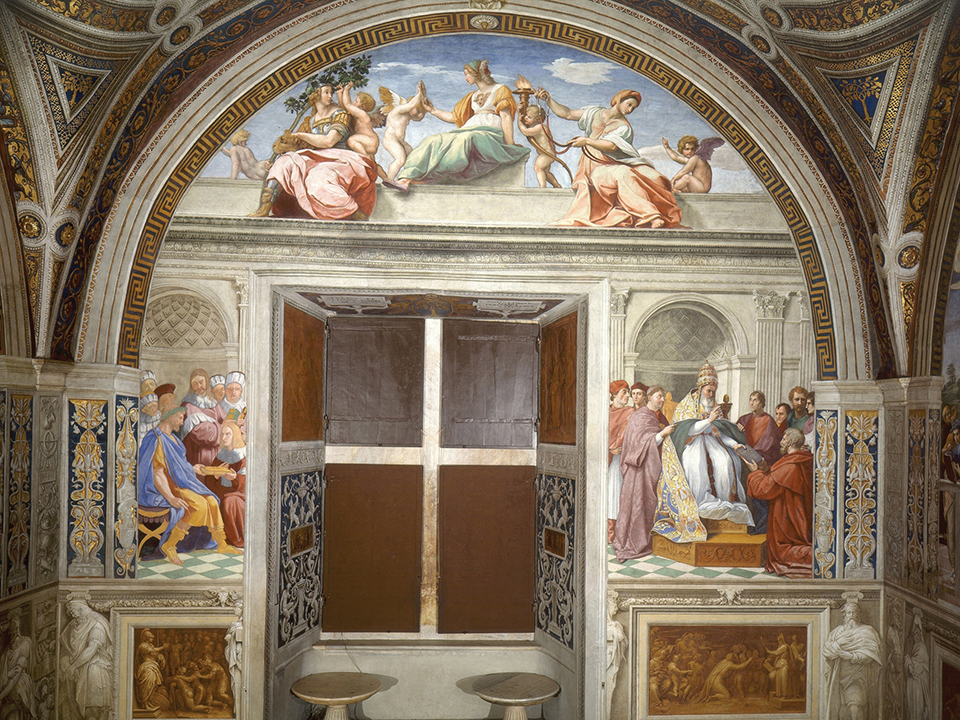 Q: HOW DID YOU COME TO YOUR INTEREST IN G.K. CHESTERTON?

A: I graduated from Carleton in 1980 [where I met] my wife. We honeymooned in Italy where I picked up The Everlasting Man by G.K. Chesterton. As I tell people, I got married to Chesterton at the same time I got married to my wife.

And so that’s how it started. […] Reading that book, I was so completely amazed by seeing how he put everything together. […] He brings together history, and classics, and literature, and psychology as well as philosophy, and theology, and sociology and art. I mean, it is the most amazing completeness of a presentation that I’ve ever seen.

Later, I started my master’s at Hamline University. […] Instead of writing a thesis, you write a synthesis. I did mine on Chesterton and Kierkegaard, and the concept of paradox. While completing my master’s degree, I discovered a small group of Chestertonians. We started the American Chesterton Society in ‘96. In ‘97, we started Gilbert Magazine and a website. Then I had a show on EWTN.

[ My wife and I started the first Chesterton Academy] in 2008. We had older children and another batch 10 years after. It came time to educate the next group of children. So we started our own school. We borrowed […] from the Trinity curriculum. They learned the rules of logic and reasoning. It’s integrated with the Euclidean geometry. The signature course is our high schoolers reading great works. If we don’t spend those four years of high school preparing them for a world that is anything but classical in its thinking, we aren’t accomplishing anything.

Q: WHAT DO YOU FIND MOST COMPELLING ABOUT G.K. CHESTERTON? ABOUT CHESTERTON?

A: Well, I’ve called him the Apostle of Common Sense [ in my book] because he has a way of putting into words what you wish you could have said yourself. He builds on classical wisdom, which is also common sense. It’s the truths we all know to be true. We operate as if they’re true until we forget about them, then we’re looking for them again. He represents that thinking. It’s so refreshing in a world that doesn’t think that way anymore and is constantly trying to find its bearings. He has that solid foundation for his thinking, and it’s done with such joy, humility, and goodness.

Q: HOW DO THE CARDINAL VIRTUES TAKE SHAPE AT CHESTERTON ACADEMIES?

A: It comes out by [ nurturing] fortitude. We try to have a rigorous, merciful system so kids are not burdened but feel a responsibility to work hard. Courage […] comes out in different ways. [ in Chesterton’s thought]… Probably best where Chesterton shows it in terms of paradox- the truth that goes against our expectation, the truth that seems to be contradictory. You have two ideas that are both true, and yet they seem to contradict each other. Our understanding is to accept both things and figure out how they don’t contradict and how you overcome the contradiction. Courage is the perfect example of that. Do the unnatural act, which doesn’t seem like you’re preserving yourself. [ Students] learn sacrifice, and that starts us towards the Christian virtues that supplement the cardinal virtues. Chesterton says, Christian virtues are paradoxical [ in ] that faith, hope, and charity are doing the opposite of what you’re thinking. Hope means hoping when things are hopeless, and faith means believing the incredible, and love means forgiving the unforgivable.

Q: HOW DO THE ARTS OF STORY-TELLING, POETRY, MUSIC, PAINTING, DRAMA, ETC. CONTRIBUTE TO HUMAN DEVELOPMENT? WHAT’S THE CONNECTION BETWEEN ARTS AND MORAL FORMATION?

A: In theater, they learn team effort. Everyone works together to produce this play. If one person’s not doing well, then the whole group will suffer. You have to help that one person not doing well. They also learn to sacrifice themselves, to die to themselves and become this other person that the creator of the work has made them to be. At the same time they’re doing literary criticism. It’s a perfect example of how to blend all the disciplines together and get inside a text, and then convey it to an artist.

Q: WHERE WOULD YOU SUGGEST THAT A NOVICE BEGIN TO EXPLORE CHESTERTON?

A: We started by talking about The Apostle of Common Sense. The five main texts that we teach at Chesterton Academy are Orthodoxy, the St. Francis of Assisi book, the St. Thomas Aquinas book, the “Ballad of the White Horse,” and also his poem, “Lepanto,” and then The Everlasting Man. Those are some of the essential texts, but Chesterton [ was] a journalist… an essayist. The book I’d recommend is In Defense of Sanity: The Best Essays of G.K. Chesterton.