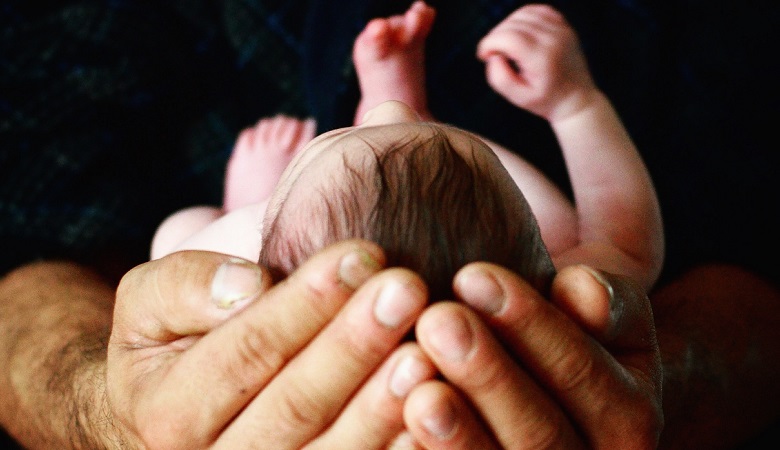 In this new blog series, writer, teacher, and mother Tessa Carman explores the Twenty Principles of Charlotte Mason’s educational philosophy and their relevance in classical education.

When I was younger and my dad was teaching high school English, he told us that his students were surprised that he liked canoeing in his free time. “They think I just sit and read Shakespeare all day,” he laughed.

One joke growing up was that teachers live at the school, with no life outside of the classroom. This was especially funny to us because we knew our dad—we knew he could build pretty much anything, fix just about anything, loved stories of survival and Tarzan, had lived in a cabin in Minnesota one winter without plumbing or electricity, and had loads of stories to tell of his adventurous life, while also knowing he loved Milton and cared about where commas go. We also were privy to his complaints about the artificiality of school: “Don’t let school interfere with your education,” he would tell us, echoing Mark Twain.

I think of my dad’s example as I raise my own kids: while I want them to have good teachers in their lives (and I understand that their first and primary teachers are my husband and I), I also understand that their growth as human beings is not limited to what they do in school. But, most importantly, the idea that they are persons ought to undergird every manifestation of formal or informal schooling they receive. The first principle of Charlotte Mason’s philosophy of education has precisely to do with this: “Children are born persons.”

An Introduction to Charlotte Mason

Charlotte M. Mason’s life spanned two centuries: Born in Wales in 1842, she would have been a young woman during the time of the American Civil War. An only child, she was mostly educated at home by her parents. As a young adult, she found her vocation as an educator and reformer of education: One of her mottos, and the title of one of her last works, was “a liberal education for all.”

After moving to Ambleside, England, she founded a House of Education, which trained those who worked with younger children, and which became the basis for the Parents’ National Education Union. After her death in 1923, the Charlotte Mason College was established to continue training teachers and supporting the schools that had been founded on her principles.

By the time Dean and Karen Andreola stumbled on her work while living in England in the 1980s, the six volumes Mason wrote on education were out of print (as were her works on geography and her poetry collection on the life of Jesus). The Andreolas were looking for guidance for their own homeschooling efforts, and discovering Mason’s work—which covered both principles and practice—was a godsend to them. These six volumes were reprinted as The Original Home Schooling Series, though Mason’s original title was the Home Education Series, “so called from the title of the first volume, and not as dealing, wholly or principally with ‘Home’ as opposed to ‘School’ education.”

Through the efforts of the Andreolas, Susan Schaeffer Macauley, and others, Mason’s work has enjoyed a renaissance (alongside the classical education movement) amongst home educators, private schools, and charter schools.

It sounds simple enough: isn’t it obvious that children are persons—that they are born such? It may seem obvious, but so often our educational approaches, focusing first on metrics like test scores, lose sight of this key principle. This principle of personhood is truly essential, and the idea that “children are born persons”—that they are not machines, properties of the state, plants, beasts, sacs waiting to be filled, or tabulae rasae (blank slates)—points toward the mystery of the human being. For Mason, each child is “a person with all the possibilities and powers included in personality.”

Mason emphasizes the uniqueness of the human person. In her discussion of the idea of Kindergarten, for example, she warns against going too far with the garden metaphor, for persons are different from plants:

Our first care should be to preserve the individuality, to give play to the personality, of children. Now persons do not grow in a garden, much less in a greenhouse. It is a doubtful boon to a person to have conditions too carefully adapted to his needs. The exactly due sunshine and shade, pruning and training, are good for a plant whose uses are subordinate, so to say, to the needs and pleasures of its owner. But a person who has other uses in the world, and mother or teacher who regards him as a plant and herself as the gardener, will only be saved from grave mistakes by the force of human nature in herself and in her child.

Plant a radish, and you get a radish—there’s no doubt about that. So knew the sage songsters of the Broadway musical The Fantasticks. But this is not how a human being works. Our children and students are not our projects, (gardening or otherwise) nor mere capital; they are beings made for relationship—with other persons, but also with books, ideas, works of art, and nature. And education, Mason says, is “the science of relations.”

Mason’s first principle also points to her scope: Her philosophy addresses the formation of the human being, not merely how to teach your child letters, or how to prepare a good citizen—even less, how to prepare your kid for success at an Ivy League! Rather, her philosophy aims toward the flourishing of the human person, and hence the cultivation of those possibilities for goodness, true freedom, and love of truth and beauty that every human life is capable of. She stresses that every human person is capable of such flourishing: it is not restricted by wealth or class.

Children are born persons—every child, no matter their culture, genes, or class. Flowing from this principle must come a sound psychology, a keen understanding of the person. And this understanding must be rooted in a true knowledge of what a person is and ought to become. Indeed, Mason insists, “Our crying need to-day is less for a better method of education than for an adequate conception of children.” Any method, no matter how sound, can be harmful if it is treated as more important than the children it claims to serve: “All action comes out of the ideas we hold and if we ponder duly upon personality we shall come to perceive that we cannot commit a greater offence than to maim or crush, or subvert any part of a person” (Toward a Philosophy of Education).

This is why Mason’s philosophy of education cannot be bound by any one “method.” Using Mason’s principles, her philosophy of the human being, one can glean from many different resources at one’s disposal, and one can discern what approaches are best for one’s children and one’s students.

Mason is careful to note the limitations of thinking of education as a system: “alas, for the cravings of lazy human nature—we may not have an educational pope; we must think out for ourselves, as well as work out, those things that belong to the perfect bringing-up of our children.” Having a sound educational philosophy—which is really a philosophy of the human person—does not mean that one “has all the answers.” Rather, it means that one has a sure guide, a habit of thinking, with which we can then act with wisdom, courage, and love.

My dad endeavored to show my brothers and me how to live as well-rounded people. We needed to respect our teachers, but also always to search out the truth for ourselves. We needed to pay attention to details like formatting our essays for class, but also to care more about doing our best than about getting good grades. We needed to read good books, while also getting outdoors to work up a sweat. And we needed to do the thing we were called to do, not do something just because it pleased him.

The reason Charlotte Mason’s principles have been so helpful to so many, for over a century now, is that they are “well-rounded” and foundational. She outlines clear practices (as we shall see through further exploration of each of her principles), but she also always goes back to what a human person is, which must include a person’s telos. And indeed, if classical education is worth anything, it will be because it does better philosophy—that it understands and respects the mystery of the human person.