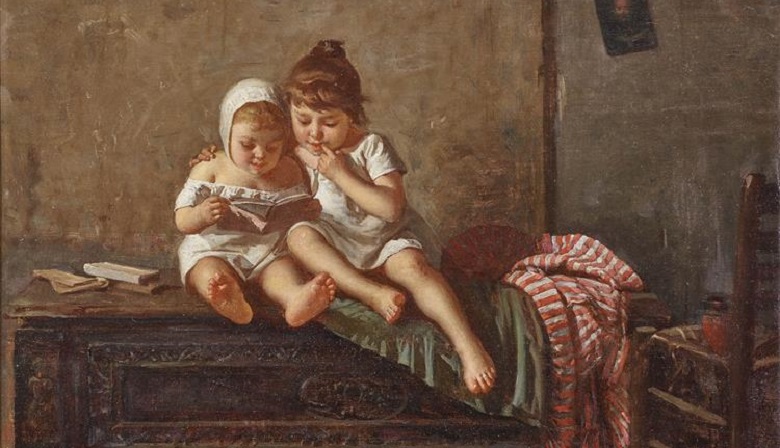 In this interview, Betsy K. Brown talks with Charles Carman, who has been conversing exclusively in Latin with his five year-old daughter and his three year-old son for their whole lives.

WHAT INSPIRED YOU TO SPEAK LATIN WITH YOUR CHILDREN AT HOME?

I had gone to a few Conventiculum Latinum Lexingtoniense in Kentucky and spoken with some friends who are the best Latin speakers and pedagogues I know, and after doing that I did not want to lose the Latin I had learned. I needed conversation partners to keep what I was doing alive, and I also wanted to give my children some sort of second language from the beginning of their lives.

WHAT IS IT LIKE TO SPEAK LATIN WITH YOUNG CHILDREN, AND WHAT KINDS OF DECISIONS DID YOU HAVE TO MAKE ABOUT HOW TO DO IT?

Right now I speak Latin to my daughter and son, and they speak English with their mom. I chose this because second-language acquisition is easier if you stick with speaking one language to them, so they can code-shift mentally. Now they can go to Mom and explain in English what Dad just said in Latin. But I don’t play dumb about English, and they know I know English too. I know personally two other fathers who do this, and one of them chose a cut-off date at something like eight years old when he stopped speaking Latin exclusively to them, when the kids got old enough to talk about things like existence and relationships. I’m waiting for that threshold: When will I run into genres of conversation that would require a broader range of words than my Latin vocabulary? I’m waiting for that threshold. That’s when we will shift over.

We speak basically classical Latin, but, as Anthony Esolen says, pronouncing v’s as v’s instead of w’s has a stronger sound, so we do that. My kids don’t necessarily know the grammar, even though they understand some high-level stuff. I speak with them as regularly and idiomatically in Latin as possible, just as you would do in English. Phrases you would say to kids, like, “Don’t worry, it’s going to be okay” are bad if you go one-to-one from English to Latin. Latin has its own idioms. Literally from Latin back to English you would say, “Throw off your fear” or “May you be without cares.” The hardest thing for me was the range of items in a house, which is different than in the classroom or in Virgil’s Aeneid, so I got some words from professors who know neo-Latin.

WHY CHOOSE LATIN SPECIFICALLY? WHAT DO YOU SEE AS THE BENEFITS FOR YOUR KIDS PERSONALLY, PRACTICALLY, AND ACADEMICALLY?

I am giving them an introduction into a very specific community and access to a very specific tradition. There actually is a community of people speaking Latin. When I was helping run small Latin camps, I could bring my daughter, or if all the guys were coming over to play Mafia in Latin, and I was invited as a narrator to tell how everyone died, and I could bring her with me. She will try things out with them. She’s not throwing around Ciceronian-level stuff yet, but she’s tracking.

I want to try to give my kids and myself a sense of what it is like to live in this particular language. What are the nuances that are hard to translate? How does it feel to be one of the first families to do this? Later in dinner conversations my daughter and son will be able to explain how they felt doing it. In terms of the amount of texts written in Latin, there’s a huge community of writers they will have access to, from Virgil to Erasmus.

DO YOU HAVE ANY FAVORITE STORIES AND ANECDOTES ABOUT SPEAKING IN LATIN WITH YOUR CHILDREN?

It’s hard to discipline the kids in Latin when there are other people around speaking Latin. Once someone was teasing my daughter in Latin saying, “You look like a squirrel!” She replied in Latin, “you look like a stinky, dirty dog!” In any other situation I would want to tell her not to talk that way, but in that moment it felt pretty cool that she could think on her toes in Latin. We also tell stories at night in Latin together. The kids help tell the story. They are usually about talking animals. They also love recording themselves reading The Cat in the Hat (Cattus Petasatus) in Latin.

THIS QUESTION IS A LITTLE TONGUE-IN-CHEEK, BUT WHY CHOOSE LATIN INSTEAD OF A LANGUAGE THAT THEY COULD SPEAK WITH MILLIONS OF PEOPLE AROUND THE WORLD?

I would say they should also learn those languages. There should be no exclusivity. They hear a lot of French at home, too. They hear Spanish when we go out and they think it’s Latin.

One more thought: there was once a man who was lost in an international airport and trying to find his flight, and then he sees someone in a habit. He walks up to him and asks him in Latin, do you speak Latin? The man says yes and helps him find his flight. That’s kind of the wise-man-on-the-mountaintop answer to your question.

Charles Carman lives Maryland with his wife and two kids; He is a PhD student at The Catholic University of America. The Carman family lives in Mount Rainier, Maryland. 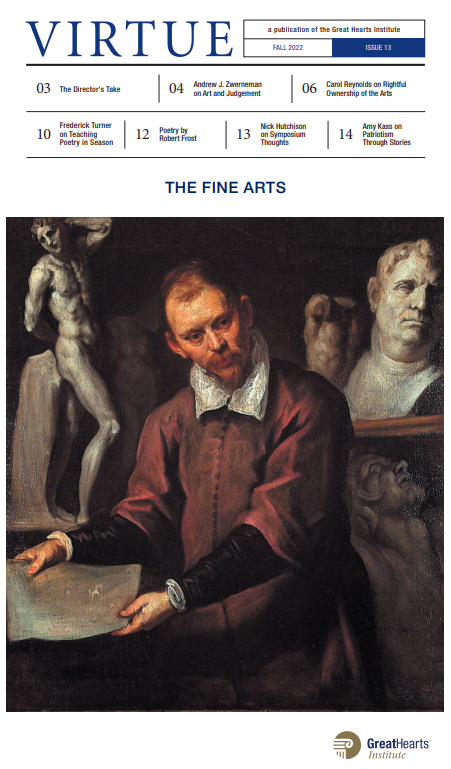