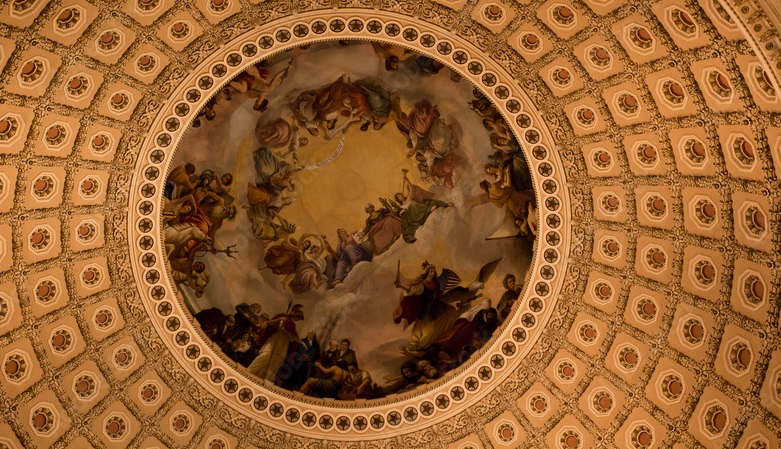 “The art of Oratory needs no encomium.” So begins the preface to Caleb Bingham’s 1810 volume entitled, The Columbian Orator. Like the later McGuffey Readers, “school-books” like Bingham’s were quite popular throughout the nineteenth century, as Americans sought to train their children with exemplary words from the most virtuous lives of history. Selections from the Bible, Socrates, Cicero, Milton, George Washington, Ben Franklin, and dozens of other sources provided students with a treasure trove of words to be pored over, memorized, and used as models for public speaking.

Today very few elementary schools study oratory in the elementary grades, and most children never memorize great speeches from the past. Oratory—the art of public speaking—has fallen out of favor, which explains why we spend little time exploring its praiseworthy features. Contrary to Bingham’s assertion, a new encomium for oratory will be needed, if we are to rediscover its benefits for the individual and its advantages for public discourse.

Classical education provides an alternative to the contemporary neglect of oratory. This issue of VIRTUE is devoted to rhetoric, the art of persuasion. In the following pages, we will reconsider the purposes and power of rhetoric, relating them to the education of the young and the health of society.

To begin, journalist Jonathan Rauch (The Economist, The Atlantic) explains how rhetoric is essential to the restoration of public life, given today’s ideological factions. Rauch argues that “epistemic tribalism” affects our society in pre-conscious ways, through confirmation bias (by showing us what we want to see) and our conformity bias (by placing us among the like-minded), and that good public rhetoric is necessary in advancing civil unity beyond our biases. He also shares some wisdom on navigating the world of social media.

Drawing from her most recent book on the speeches of Abraham Lincoln, political scientist Diane Schaub (Loyola University Maryland) provides a careful exposition of Lincoln’s oratorical abilities, including the power to expose demagoguery, conform words and actions, console a suffering nation, and “unite the nation under the promise of its Founders and the hope for a just future.” Schaub provides a memorable reflection on the spoken words of our most famous statesman.

Next, we enjoy a thoughtful reflection by Anika Prather (Howard University) on the powerful influence of Bingham’s Columbian Orator on Frederick Douglass. Truly, Douglass’s experience with that “school-book” literally changed his life by providing a vision of the liberating power of the spoken word.

The Great Hearts network of classical academies recently developed a new course for seniors, entitled “The American Rhetorical Tradition.” We interviewed Zackary Withers, one of the course designers and teachers, who describes the course’s threefold emphasis on “theory, imitation, and practice … all with an American twist.” Students are called upon to emulate great funeral orations, farewell addresses, and various declamations, to develop their own speaking skills with a contemporary audience in mind. Ideally, students who take the course will come to better understand the humane purposes of oratory, becoming more confident in their speech and more compassionate toward their audience.

And more from Great Hearts, English teacher Betsy K. Brown shares some of her own poetry, reflections on guiding students in the rich worlds of history and language.

As Douglass’s life-changing encounter with oratory demonstrates, there is much to be said in praise of great speeches: words that have shaped the minds of many toward a common good. Classical education’s commitment to the pursuit of truth, goodness, and beauty depends upon the renewal of perennial ideas, practices, principles, and convictions—all of which are conveyed through the persuasive power of rhetoric and the oratorical excellence of the Great Conversation.

Dr. Robert L. Jackson is the executive director of the Institute for Classical Education.