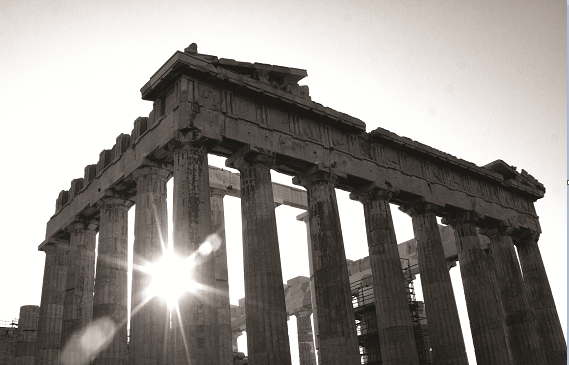 Cheering for our son’s team on the local baseball diamond this year, I’ve been reminded of the importance of sports in children’s development. Learning the rules, cooperating with teammates, and practicing the basics are all part of playing the game. What’s more, the combination of fun and discipline make the game what it is—a mixture of physical prowess, mental concentration, and the choreography of competition. Teams strive to outperform their rivals, all for the thrill of victory, the satisfaction of a good game.

Classical education draws upon similar principles to those of sports: learning the rules of language and number, scientific method, and humane hermeneutics; cooperating with teachers and peers for the esprit de corps of a learning community; and practicing the skills of conversation, composition, analysis, and production that constitute the play of liberal learning. Ultimately, when these elements come together, cohorts of young people experience the camaraderie of play in the game of learning.

The present issue of VIRTUE explores this spirit of educational play with a serious purpose: to find the mainspring of pedagogy which propels life-long learning. More than book-mastery and elevated language, classical education promotes a life of learning that resembles a good game—a life of thoughtful action informed by the satisfaction of playing one’s part to the full.

Yet, this is not today’s norm. Modern educators focus on functional literacy and numeracy, as garnered by the utilitarian measures of assessments, credentials, and career advancement—not the central concern of becoming a good person. More than 70 years ago, C. S. Lewis depicted how modern schooling was actively severing intellectual and moral reasoning. As Dr. John Briggs explains in this issue, Lewis demonstrated how modern educators had “separate[d] emotion entirely from reason, thereby blocking receptivity to ‘just sentiments’ in order to replace them with a new dispensation.” That “new dispensation” includes the confluence of radical materialism and moral relativism, which leaves students adrift in a world devoid of transcendent truth.

Countering the deficiencies of that modern approach, classical educators seek to produce the harmonies of reason and emotion. Moreover, classical education turns to perennial philosophy for the propagation of truth, goodness, and beauty—providing both motive and momentum for the pursuit of knowledge. As Augustine of Hippo testified from his own journey, there is a restlessness in the human heart that can only be satisfied by the fullness of reality—an encounter that embraces both the intellect and the affections. In Dr. Joseph Clair’s essay, we discover that “for Augustine, the difficult work of learning is as much knowledge (scientia) as love (caritas): getting students to pay attention to and care about the right things at the right time and in the right order.”

At the heart of classical education are first, things like devotion to family or love of country. Perhaps especially at this time in our nation’s history, we could use an increasing measure of attention and care for such objects of affection. In that vein, Dr. Owen Anderson’s article provides a philosophical sketch of patriotism, surveying three influential precedents of the American experience—Jerusalem, Athens, and Rome—whose “founding ideals they believed to be universal and binding on all humans.” Rightly understood, genuine patriotism encompasses love for one’s country alongside the desire to bring the best of one’s nation to the world.

But, make no mistake, living with increasing integrity requires courage and self-control. Dr. Matt Post convincingly demonstrates, citing the method of Socrates, that we must obtain “the courage to challenge [our] own prejudices”—and the errors of those who would twist the truth. Furthermore, we must exercise the self-control to overcome temptations of sloth and distraction, in order “to pursue the truth assiduously.”

In sum, this issue of VIRTUE will explore the various ways in which classical education forms character. Just as a ball player develops through the exercise of discipline for love of the game, so the character of each student (and every person) develops through the exercise of virtue in pursuit of a good life. Such is the heart of our work, the fulfillment of the well-played game.