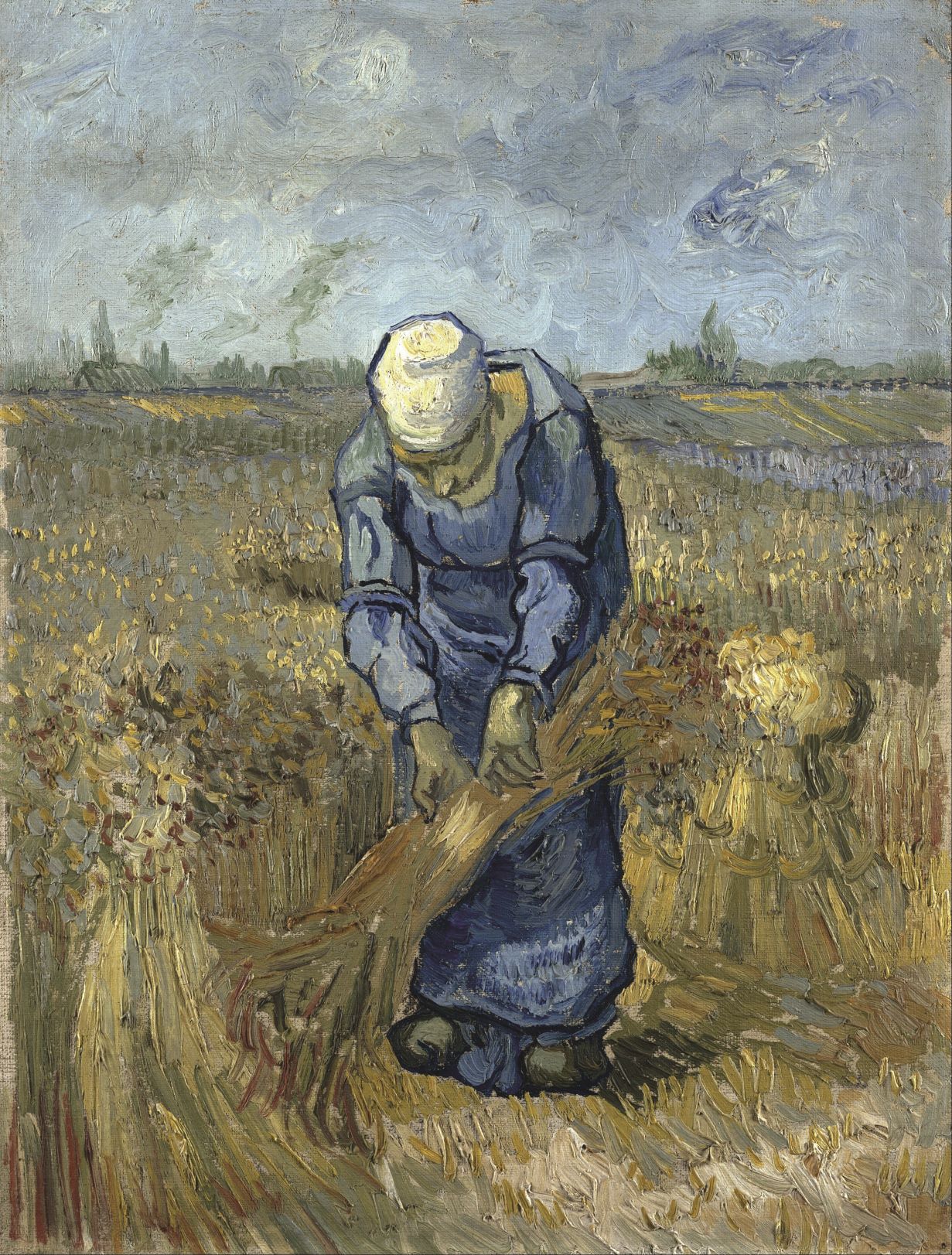 A Humbling Experience, In Pursuit of Greatness

“Going into the thesis I knew I wanted to write about human relationships. I chose my first book, The Brothers Karamazov, and I thought I would write on love. But, as I continued reading, I kept seeing humility, again and again.”

A thesis, typically reserved for graduate students, is an academic feat that seniors at Great Hearts Academies experience in their final year of high school. It represents the culminating academic experience for our scholars. As such, this project offers us the opportunity to imagine the “ideal” rhetor and consider his or her capacity to think, write, and speak well. By considering the important character elements of a senior, his or her finished paper and defense, and the common problems found in previous seniors, we may be able to work our way back to establish a curriculum capable of elevating the rhetorical power of all students in Great Hearts schools.

With that in mind, Luke Martinez enters the gates of Glendale Preparatory Academy, cool, calm, and collected. It’s the day of his Senior Thesis Defense. It’s easy to think a student would be a nervous wreck on this day, but it’s the opposite. And not just for Luke, but for every senior we’ve encountered. Great Hearts students have spent the last four years building up to this moment.

Beginning in 9thgrade, scholars participate in a two-hour seminar class called Humane Letters. In this class, students strive to better understand the world around them through the ideas of those who came before us. For this reason, Humane Letters is first and foremost a Great Books seminar, in which the reading and Socratic discussion of great works of prose, fiction, political theory, epic poetry, philosophy, autobiography, drama, and selections from Jewish and Christian scriptures are the work of the course.While reading these texts, Humane Letters allows students to discuss freely and learn how to maintain a discussion without outside support. They think about the text critically to bring strong ideas to the table and master integration of their own thoughts with the ideas of others. Students not only know how to do these things with the ideas presented in the books they read, but they also know how to separate their own personal opinions from the ideas in the text. They learn that perfection is not a standard one must reach, but a goal to strive for in a healthy way. With this solid foundation in the classics, students approach the challenges of today by mastering how to self-evaluate, pursue the truth, and maintain consistent work ethic.

The Senior Thesis is an extended version, an arm, of Humane Letters. Students begin by choosing one curricular text that they’re confident will be one of the two main texts used for the Thesis. During the summer prior to Senior year, students read, re-read, and master that text. In addition, summer is a time for general brainstorming about ideas, questions, and other texts that might be suitable for the project.

“Going into the thesis I knew I wanted to write about the relationship people have with one another. I chose my first book, The Brothers Karamazov… and I thought originally, I would just write on love, but as I kept reading, I kept seeing humility come back again and again. And I thought that would be interesting to write about, especially because The Brothers Karamazovtakes more of the traditional Christian approach, so you can see humility in that. And then my second book, it’s kind of the opposite of the traditional Christian approach, but you still see humility in it.”

But choosing the second book proved to be difficult. So Luke turned to his advisor, Glendale Preparatory teacher, Mr. William Kinum.

“I had met him because he actually did his college thesis on The Brothers K. I knew I wanted to do mine on Brothers K… and the first question was, ‘What’s the second book? What to choose for the non-curricular book?’ So, he gave me a list and we talked about different books that I could potentially use, and he suggested ultimately, Nietzsche’s Thus Spoke Zarathustra.”

And then the creative juices started flowing. “I just started writing thoughts. I wrote maybe four pages just on thoughts I had, mostly on Brothers K., and a little bit of Nietzsche in there. But for me, it was easier to see the progression from humility to the greatest virtue, love. So, I outlined that process kind of quickly, in four pages, and showed how Nietzsche, how that process is different. And the different places where he diverges and where he’s similar with Dostoyevsky. That was the first step. But at this point I wasn’t quite sure. I knew I wanted to write about humility, but I wasn’t exactly sure what though.”

Luke and his advisor talked about those four pages and started to think about what could be said about humility. “We both thought it was interesting that two authors with two very different perspectives start in the same place with humility. But what to say about that? We weren’t sure. We had two or three meetings where we just thought about what Thesis can we make about humility. And as I started thinking, well, love is the greatest virtue. For Nietzsche, his whole point is getting to an idea of greatness. So, it’s interesting that whatever perspective you take, humility is necessary for greatness. And then I decided, what if I just make that point, and prove that it’s the case for both, Dostoyevsky and Nietzsche.” Together, they set deadlines to have 50 pages of the book read by a certain date, they’d reconvene, discuss it, and repeat the cycle until both books were completed. “And by then, it was just a discussion of how the books relate to each other, and slowly that started getting more specific to how humility relates to each book.”

During the writing process, Luke would send Mr. Kinum his drafts and then receive advice about it. They worked on it, little by little, until each portion of the paper was finished.

With four years of Humane Letters under his belt, and nine-plus months of research, outlines, edits, and finally completing a 20-page essay, Luke is ready to defend his Thesis, “Humility and Greatness.”

So now, on the day of his Defense, Luke spends an hour in the library presenting his thesis, and then defending it against a panel of three faculty members (one of whom is his advisor). They’re tasked with finding flaws in Luke’s reasoning. The room is also filled with family, fellow classmates, and anyone else who may be interested in watching his Defense.

“The biggest part of it is just explaining my paper. How I reasoned through humility leading to greatness in both cases for Dostoyevsky and Nietzsche. The other part of it is, I think of it as picking up where my paper left off because there’s so much to this topic. My paper left off saying “well great, humility leads to greatness, whichever ideology you take,” but which is correct because they link to two different places. They’re so different from each other. So how do you know which path to take?”

And that was the final subject of his Defense.  “I was surprised by the method in Dostoyevsky’s The Brothers Kbecause his whole idea is to write a novel in which you throw a whole bunch of different ideologies in people and see how they interact, and see what comes out of their interaction, which I think that’s a very interesting method to see because you get people talking with each other and reasoning through their beliefs, but you also get to see the practical side of it and what actually happens if you believe this. For Nietzsche, because it’s such a different ideology than traditional Christianity, I was surprised to see just how different it is. I was also surprised to see the similarities between the two.”

With a passing grade, Luke is set to graduate. He will attend Princeton University in the fall of 2018 alongside his two brothers and sister. As for his advice to future seniors, “See your own potential and draw it out. Do the best that you can. Do it to the best of your ability.”

We are looking to the past—its lessons, achievements, and exemplars—to draw inspiration and a vision for the future. We must strive to understand our historical moment if we are to act wisely and for the common good.

What’s Past is Present

History always begins in the middle of things. It doesn’t matter where you choose to start the story, there is always something essential that came before, some prior context that is assumed.

Like a river, time’s restless force pushes ever forward, relentlessly. But its beginnings lie far back, eventually extending far beyond what we can see, fading into the mists of time at the edges of lands beyond our knowing.

In Pursuit of Greatness

Typically reserved for college students, a thesis is an academic rite of passage for high school seniors at Great Hearts Academies. As the culminating experience of their studies, students work to master the rigor of rhetoric, demonstrating their critical capacities.

Leaning Into the Text

The room is decorated simply, with pictures of presidents, congressional leaders, and Supreme Court justices on the walls. Twenty-five students are sitting around a set of tables forming a rectangle, debating Article III of the Constitution and Federalist Paper No. 78.

Robert Jackson recently interviewed the president of the Bill of Rights Institute, David Bobb, who discusses how classical education helps promote leadership; what he considers the most crucial issues of our day; and how to get students beyond test preparation.