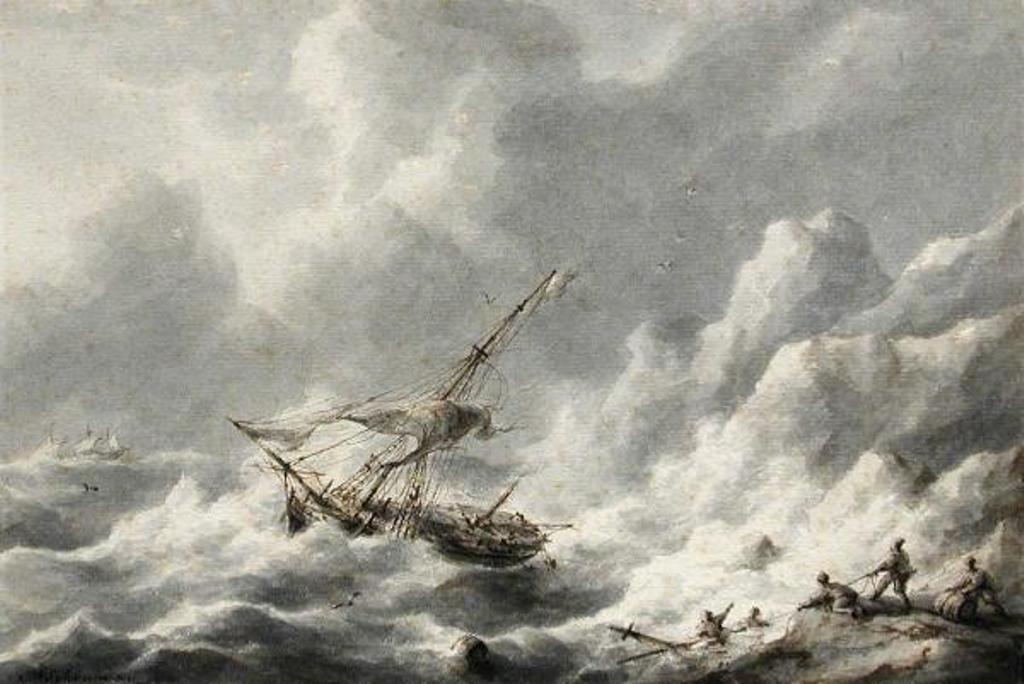 Note: The following blog entry comes to us from our colleague and friend, Betsy K. Brown, who teaches and chairs the humanities program at Cicero Preparatory Academy in Scottsdale, Arizona. A graduate of Seattle Pacific University’s MFA in Creative Writing program, with a focus on creative nonfiction, Betsy loves to share the goodness of words and stories with young people amid the beauty of the American Southwest.

I hope you enjoy the following two poems, both written by young men I have had the privilege of teaching in multiple classes, including ninth grade poetry. Together we have appreciated the Viking myths, Billy Budd, Wordsworth, and Plato, to name a few. I look forward to continuing to see them grow as writers and lovers of the good.

When the Stars Go Out

When the stars go out on a stormy night

And the white-cap-waves crash over the bows,

And the desperate sea-men engaged fight,

As the lost ship through the dark sea ploughs,

The captain looks to the dark sky for hope,

As the furious clouds rain black hell down.

My shipmates and I, we attempt to cope

With the tangled wreck in which, trapped, we’ll drown.

The crash of the waves is the dark tramp of doom,

In the cold dark sea where we’ll all soon die.

The strained ropes and blocks creak upon the boom,

And I know with the crying gulls I’ll fly.

But then the stars in the night sky shine clear,

A Legacy of Thought

The docks they crawl with working men, with oil, wine, and ores.

But ‘twas not for these men and goods that Athens gained its fame.

A man there was, with wisdom’s seed, he grew himself a name.

With knowledge, will, and dialogue, he walked a fated path,

Armed with Apollo’s utterings, he splits the grain from chaff.

A city plagued by suffering, beneath corruption’s thrall,

‘Twas dried up by deceitful men, he seeks their plans to foil.

A question here, a question there, and soon his fame it grows,

A trail he leaves of men perplexed; their ignorance he shows.

But then these men, their fame besmirched, they seek to do him wrong,

The accusations grow until they are a painful throng.

“A heretic! A heretic! This man defies the gods!”

The voices rise, the clamor screams, the city’s now at odds.

With level head and calming voice, Socrates plies his trade.

Accusers fight a genius mind, their arguments, he slayed.

But Athens, O great Athens, your plague, it lies too deep,

The trial’s called, the man shall fall into his final sleep.

The hemlock cup, it lies at hand, the tears in torrents run,

A call for quiet, it is raised, Socrates drains the cup,

A painless death, a quiet death, the feast which he now sups.

And back into the bed he lies, the numbness reached his head,

“Thanks to Asclepius we owe”—and now the man is dead.

His legacy, like fire it spreads, across the western lands,

And now to us, the duty lies, preserve Socratic ways,

Till we all drink our hemlock cup, and make an end of days.