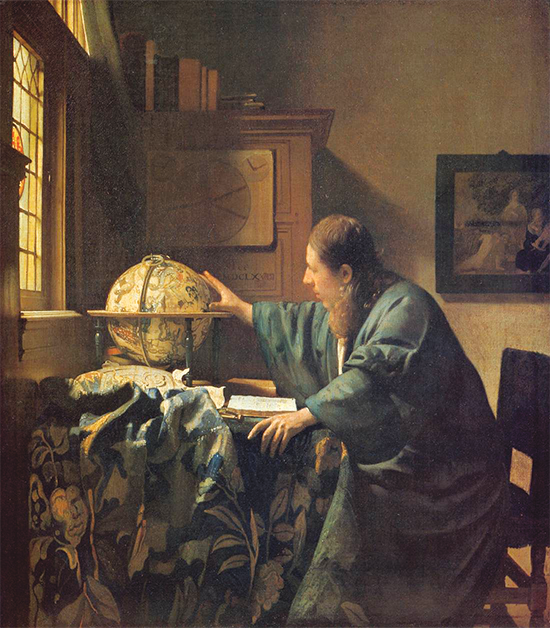 With this new school year and this new publication (only the second issue), I’d like to show you some of the contributions that classical education is making to America’s future. While classical schools remain committed to teaching history—e.g. studying through primary sources how our nation was formed and has evolved over 240 years— there’s more to it than that.

It starts at the very beginning of our national story. We know them primarily as political leaders, but Benjamin Franklin, Thomas Jefferson, and Benjamin Rush were deeply interested in the developments and applications of modern science for the benefit of American society—and each was shaped by the ideals of classical education.

• Franklin’s many experiments and inventions were equally matched by his efforts to form public libraries and educational societies like the Junto.

• A true renaissance man, Jefferson was interested in a bevy of subjects, from language and philosophy to the practical arts of architecture, horticulture, surveying, and mechanics. After the Founding, he spent much of his life generating support for a state university that would incorporate scientific studies—beyond the typical law and divinity schools of the day (think Harvard and Yale): thus was born the University of Virginia.

• Rush was a physician and social reformer who was deeply committed to public education. He served first as Surgeon General to the Continental Army and later as professor of chemistry and medicine at the University of Pennsylvania

These statesmen wed philosophy and politics to science and discovery. For them and many of the founders, the humanities enriched and inspired a love of science and technology, for the common good. Classical education promotes such renaissance thinking, deriving inspiration from the great authors of the past, in pursuit of a brighter future.

In this issue of Virtue, we will look more closely at the relationship between scientific knowledge and the liberal arts. We’ll hear from nationally-renowned psychologist Angela Duckworth on her research concerning character. MIT professor Bernhardt Trout will explore the nexus between great books, STEM (Science, Technology, Engineering, and Mathematics), and a humane education. We will take note of classical school alumna, Meredith Palmer, who was offered three prestigious fellowships for post-doctoral research in ecology. Then we will learn about the new college admissions test that is demonstrating the advantages of a classical education in preparing students for college. Finally, we’ll take notes from leaders of classical education across the country

Each issue of Virtue will tie together strands of the intellectual, moral, and aesthetic features of classical education, touching on various subjects in quarterly installments. Drawing on the work of classical educators from around the country (from public, private, and home schools), we will continue to explore this time-tested approach to forming the whole person: in knowledge, wisdom, and civic virtue. And, we look forward to learning what interests you, our readers, and what more you’d like to know about classical education. Please consider providing feedback to us at www.classicaleducation.institute.

In due time, classical education touches upon every subject, through the arts of language and the sciences of inquiry, preparing students for an ever-expanding circle of knowledge and equipping them to apply that knowledge to the common good. As Aristotle said, “The greatest virtues are necessarily those which are most useful to others.” In that spirit, we must prepare students to explore every domain that leads to greater understanding of truth, goodness, and beauty—all in service to others.

Now that is a future worth looking forward to!

Character, the Project of Life

When I started looking at the characteristics of high achievers, I found that they had lots of things that made them special, but grit emerged as an important common denominator, whether you’re talking about a prima ballerina, a grand chess master, a mathematician, or a writer.

Westerners inherit A design for living Deeper into matter—Not without due patter Of a great misgiving. All the science zest To materialize By on-penetration Into earth and skies (Don’t forget the latter Is but further matter) Has been West Northwest…

In 2007, Meredith Palmer received her diploma from Veritas Preparatory Academy (Phoenix, AZ) as part of the first graduating class of that classical charter school. Eleven years later, she is pursuing her passions for research, biology, and the Serengeti.

When the SAT was founded in 1926, it helped to level the playing field for excellent students who lacked the pedigree to attend Ivy League colleges. It allowed the very best students to rise to positions of leadership and influence in business and politics, regardless of background.

The liberal arts, which teach us to consider at the same time the huge and the tiny, are the antidote par excellence to this microscopic approach. Moreover, the liberal arts teach about the human things—what we especially need to emphasize in an age of mechanism and simulation.