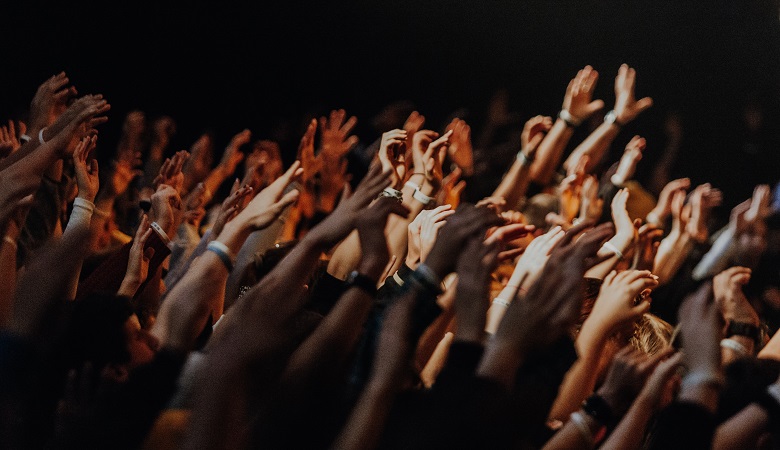 ARISTOTLE IDENTIFIED ETHOS, LOGOS, AND PATHOS AS THE THREE KEY PARTS OF PERSUASION. AS YOU KNOW, ETHOS, OR CHARACTER, IS A FOCUS OF CLASSICAL EDUCATION. WHAT IS THE ROLE OF CHARACTER IN RHETORIC?

Rhetoric is the art of persuasion, and an important part of persuasion is earning people’s trust. There’s a great quotation attributed to Dale Carnegie, the great life and persuasion coach of the first half of the twentieth century. He said, “You can’t make people agree with you, but you can make people want to agree with you.” If you are a person of virtue and strong character, people will be more likely to trust and believe you. Character is crucial in rhetoric.

RHETORIC IS AN ART GEARED TOWARD THE PUBLIC SQUARE, BUT TODAY’S PUBLIC SQUARE IS OFTEN FRACTURED AND POLARIZED. IN YOUR BOOK, THE CONSTITUTION OF KNOWLEDGE, YOU USE THE TERM “EPISTEMIC TRIBALISM” TO DESCRIBE OUR CURRENT SITUATION. COULD YOU BRIEFLY EXPLAIN THIS TERM?

“Epistemic tribalism” is a combination of several things. The first is confirmation bias, our tendency to believe things, or even perceive things, that are agreeable to our preexisting viewpoint. Humans are programmed to want higher status and esteem in our groups, so we’re strongly inclined to opinions and beliefs—and even perceptions—that favor our own point of view, and that’s true of all humans. Add to that conformity bias. Out in the evolutionary environment, survival meant being part of a group. Ostracism—being thrown out by our group—was literally a death sentence, so ostracism is one of the things that we fear most, and we work very hard to harmonize our own views with those of the group around us. Cognitive psychology shows that this happens pre-consciously, so it’s something we’re not necessarily aware of.

When you put those things together, you get epistemic tribalism: we want to hang out with people who agree with us, and then the fact that they agree with us confirms our biases. To get to the truth, you have to have many different kinds of people—diversity of opinion, diversity of individuals—and that of course is the opposite of tribalism. Epistemic tribalism is what happens when people get locked into their own group’s bubble of belief, and once that happens, it can be very hard to escape.

WHAT IS SOCIAL MEDIA’S ROLE IN THIS POLARIZATION, AND HOW DO YOU THINK IT HAS AFFECTED THE ART OF RHETORIC?

Unfortunately, social media seems to have played a disproportionately negative role. Not only a negative role, of course. There are lots of LGBT kids, for example, who have found community and support online. But social media was originally designed as an advertising vehicle, to gather eyeballs and sell them to advertisers, and it turns out that a very good way to gather eyeballs is to be outrageous, or to display unthinking solidarity with your tribe, or to behave impulsively.

Social media tends to encourage impulsiveness, display (by which I mean using other people online as a vehicle to enhance my own status), and confirmation bias. If you encourage those things, you drive people toward more polarizing and confrontational behavior. And that’s obviously bad for the art of rhetoric, if by rhetoric we mean persuading people in a way that is rational and constructive.

DO YOU HAVE ADVICE FOR YOUNG PEOPLE ON HOW THEY CAN PREVENT THESE PLATFORMS FROM DEGRADING THEIR ATTENTION SPANS AND THEIR SENSE OF CIVILITY, AND HOW THEY CAN AVOID THE TRAP OF EPISTEMIC TRIBALISM?

None of us can avoid epistemic tribalism completely; it’s how humans are wired, and we’re always going to have our biases. How do we deal with that? Well, I have a bunch of points that I tell young people.

The first is viewpoint diversity: try to avoid situations where you’re only hearing one point of view. Read diverse media outlets. Triangulate.

Two: don’t be impulsive. Social media is designed to get you to act impulsively, not even thinking before you hit the retweet button, or the like button, or when you rise to the debate that some troll is putting out. So, go slow. Don’t answer that tweet right away. Wait until after dinner and come back to it with a cooler head. You will never be sorry.

Three: don’t say online what you wouldn’t say in person. Online spaces can be deeply dehumanizing; we don’t know the person and we’ll never encounter him, so we just use him to advance our own social goals of getting famous or showing solidarity with our group or venting spleen. Don’t do that. Ask yourself how you would treat someone in person, and then treat her that way online.

Number four: be your own algorithm. Social media has some very sophisticated software that is trying to manipulate you, to keep you basically stuck to its website. These algorithms tend toward polarizing you, toward driving you to extremism and fake news. Don’t yield to these algorithms. Be careful about what you click on.

Number five: ration your time. It’s easy to spend too much time on online platforms, but there’s more and more evidence that we’re better off not spending so much time in these spaces.

WHO ARE SOME OF YOUR RHETORICAL HEROES OF THE PAST OR THE PRESENT—INDIVIDUALS WHO HAVE USED RHETORIC AS A TOOL FOR BRINGING PEOPLE TOGETHER, AND WHO EMBODY QUINTILIAN’S IDEAL OF “A GOOD MAN [OR WOMAN] SKILLED AT SPEAKING”?

First on my list would be Abraham Lincoln, the greatest rhetorician that America has ever produced, who used that amazing gift first to try to prevent war, and then to prevent the bad feelings that came from the war, to knit the country back together. His second inaugural speech is one of the pinnacles of profound rhetoric in all of human history.

Also obvious: the twentieth century greats: King, Churchill, and FDR all used rhetoric to rally their countries, to defend democracy and human rights and the dignity of all people. Another example that I often turn to is Robert F. Kennedy’s speech after Dr. King was assassinated, shortly before RFK himself was assassinated, which is credited with preventing riots in some cities, and is a beautiful demonstration of how rhetoric can get us to look to our own “better angels.”

And, speaking of “better angels,” there are two examples that are less obvious. One is a hero of mine: Frank Kameny, the greatest gay and lesbian civil rights leader of the twentieth century. Kameny believed that the Declaration of Independence, with its insistence that “all men are created equal,” was a promissory note to him personally and to all gay people. He was a brilliant writer and speaker who used those gifts on behalf of equality for gay people at a time when it was terrifying to be openly gay. He didn’t have votes or money or political power, but he had the ability to frame compelling arguments in a way that everyone, gay or straight, could understand.

And then there’s Braver Angels, a national grassroots depolarizing movement, that conducts workshops between people across political lines. They’ve recently pioneered “Braver Angels Debates,” in which people come together to speak from the heart in parliamentary style. The debates are all about learning to speak civilly and to hear each other’s voices, and about using rhetoric to build community and to bring Americans together.

Jonathan Rauch, a senior fellow at the Brookings Institution in Washington, D.C., is the author of the new book The Constitution of Knowledge: A Defense of Truth. A resident of Northern Virginia and a native of Phoenix, Arizona, Rauch is an award-winning journalist and the author of eight books and many articles on politics, public policy, and culture.