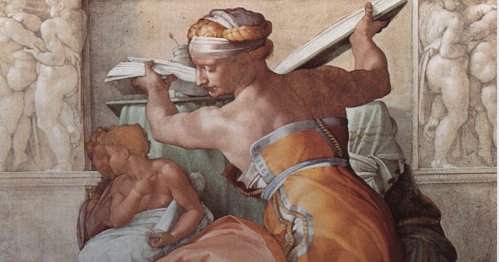 An interview with Cheryl Swope

“As I taught our children, I witnessed not only impressive academic achievement but also formative changes in character, for their good and for the benefit of others.”

First, some background. As a child, I loved school and wanted to be a teacher: I was drawn to children with special needs, babysat a little boy with Down syndrome, worked every summer at a camp with children from the inner city, and later majored in special education. I earned a bachelor’s degree with an emphasis in behavior disorders, followed by a master’s degree with an emphasis in learning disabilities—and then, lifetime K-12 state teaching certifications in learning disabilities and behavior disorders. At the university, I became interested in psychometry, served as a teaching assistant in courses on intelligence testing and academic assessment, worked with families through the university’s diagnostic clinic, and gained many skills. But, when I found myself in a classroom, I felt oddly ill-equipped to teach. Never at any point in our coursework had we learned about classical education. We never read Plato, Milton, C.S. Lewis et al. Instead, influenced by a mix of Skinnerian behaviorism and whole language theory I heard, “Facilitate; do not teach” or “Allow children to self-express.” The focus for children with special needs was to “receive services,” rather than living exemplary lives of service to others. I knew there must be more.

Throughout this time, I began thinking about teacher training education more broadly and the philosophical and theological implications of what I had been taught. By the 1990s, classical education was experiencing a resurgence. Susan Wise Bauer’s book appeared in its first edition and articles on classical education appeared in various magazines. I heard Dr. Gene Edward Veith— who would later become my mentor—speak on these matters from a Christian perspective.

After getting married, I knew that if I ever had children of my own, a classical education was what I wanted for them.

When did you begin to implement classical education?
As we were simultaneously returning to our religious roots and learning more about classical education, my husband and I adopted twin babies, Michael and Michelle, with special needs. When they became school age, our only classical school in St. Louis said that our children could not be admitted. Both children had speech and language disorders, autism, specific learning disabilities, and eventually developed schizophrenia. The school said it was not equipped to handle them. We began homeschooling with classical education.

We continued all the way through high school graduation. Our children’s initial rejection from admission to a classical school is one reason I wanted to better equip today’s classical schools.

And the book Simply Classical tells the story?
Yes. As I taught our children, I witnessed not only impressive academic achievement but also formative changes in character, for their good and for the benefit of others. Over the course of their education, including years of Latin, our daughter’s vocabulary ability rose from the lowest end of the bell curve to the gifted end, and she began to love words. Because I had previously tried and failed with other pedagogical theories and practices, I knew it was not me, but rather the classical approach. Both children, now young adults, love art, music, books, history, theology, and ideas. I have become persuaded by the very humanness of an education formed in truth, goodness, and beauty.

Now there is an entire curriculum based on Simply Classical?
Yes! With Memoria Press, we designed the Simply Classical Curriculum for ages 2 to 21. We help families, homeschooling groups, and schools bring a classical education to children with special needs. Full of wonder and delight, language, literature, and numeracy for children with special needs, the lessons give therapeutic attention to all that is necessary for readiness and mastery for an education in the liberal arts tradition, to the greatest extent possible for any child.

Simply Classical Level A was released in 2014. We now offer three readiness levels, primary and grammar levels, along with free online placement tests. Charter and religious editions are available. What’s more, homeschoolers voted Simply Classical Curriculum #1 for special learners, from among thousands of teaching resources. But, as a mother of children with special needs, I find the heartwarming messages of appreciation from families to be the most satisfying aspect of this work.

“As I taught our children, I witnessed not only impressive academic achievement but also formative changes in character, for their good and for the benefit of others.”
— Cheryl Swope

Emily Dickinson (1830-1886) is one of the greatest and most original American poets, whose verse has provided generations with the short lines of slant rhyme that tease the reader out of thought.

As a child, I loved school and wanted to be a teacher: I was drawn to children with special needs, babysat a little boy with Down syndrome, worked every summer at a camp with children from the inner city, and later majored in special education.

Suggestions from a Craftsman