Bio. How did you get interested in mathematics as a career?

Growing up as a young lad back in Australia, I actually went through my education in a rigid style of education that was just “memorize and do.” Early on, I was taught that my role was not to ask questions, especially in the mathematics class: just repeat, regurgitate, and do 50,000 pushups (i.e., exercises). It was joyless, but I was good at it. I was even labeled gifted, which I thought was absurd.

But, I also grew up in in an old Victorian house, where my bedroom had a pressed tin ceiling. The design was very simple, basically a set of vines that made a five by five grid of squares. Every night, as I was falling asleep, I would stare at that picture of 25 squares and make puzzles for myself: counting two by twos and three by threes, determining how many such squares were in the five by five matrix. Then I started counting rectangles and figured out ways to count those—and so on and so on.

There was one particular puzzle I made for myself that I could not answer for years: a simple idea. I started in one cell of the ceiling grid and imagined tracing a path, vertical and horizontal steps, visiting each cell only once and zigzagging my way across the grid to solve it. Turns out, you can do a spiral and everything works just fine, but there are some cells you start in and you will always get stuck. I could never get those cells to work.

And, I started to suspect it was impossible to find a path taking those particular cells. Yet, I was obviously a strange child: just because I tried 20,000 times, I wasn’t convinced it was impossible. I wanted a logical, ironclad reason why those cells really weren’t possible starting points. And that stuck in my craw for years.

And, about six years later, I was mulling on this question on my way to school (grade 10), walking by myself, when I was suddenly hit with an epiphany: a single visual image of that five by five grid, with squares colored like a checkerboard. And, I realized, that explains why those tricky cells are impossible. I wasn’t even thinking about the problem consciously, and suddenly it all fell into place. That was an ironclad logical reason why those impossible cells truly were impossible—and I was elated…and I could share it with no one.

What is the most pleasant part of your work as a practicing mathematician? 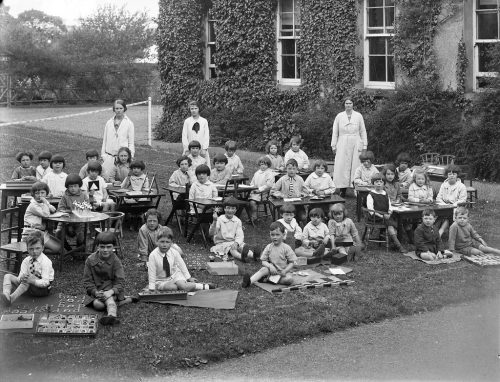 I love cracking the nut of mathematics for other people, showing them that the joy and beauty of mathematics is actually within their reach. I can share my experience, and I can offer others opportunities to experience it for themselves.

At the same time, I have to keep thinking about math for my own sake to share it with the world.

I worry about societal perception of mathematics, which is a two-sided coin, so to speak. On one side, we say mathematics has much practical utility, that it’s all about applications to real world problems (which is quite motivating). But, the other side is philosophical and joyous and artistic and all the rest, which is what I value, but people don’t tend to see that side. And I want to share that side of the coin and how both sides work together. Practical application often motivates such beautiful abstract mathematics, while, at the same time, abstract thinking often motivates practical mathematics.

For example, [Marin] Mersenne, back in the 17th century, was playing with the powers of two, when he decided to subtract one from each of the powers of two and found that they were prime very often. And then he wondered, How often are they prime? It turns out those Mercenne prime numbers are the key to all of today’s cryptology networks–banking encryption, internet encryption, etc. are all based on Mersenne primes. Who knew that this curious, quirky, abstract, just-for-the-fun-of-it question back in the 17th century would have a profound, practical application in the 21st century? That’s fantastic!

What are the most important features of mathematics that should be conveyed to children (and their parents)?

The number one message is that mathematics is a human enterprise and students are to be their fabulous human selves in relation to it. School mathematics has dehumanized so much, where it’s all about the algorithmic procedure—by and large. But, that’s not the human experience. So, be bold and ask a question about what it is right in front of you. Observe a rectangle, maybe ask something about the rectangle. Just take the action to ask a question.

Take a deep breath and let go of the emotions and just do something.

We often teach kids that they have to be right the first time they try something. I say don’t do anything relevant to the mathematics problem. But do something. Could be as simple as turning the page upside down. Read the question backwards. Underline some words, draw a picture, draw a fish, close the book and go outside to let the problem sit on your mind for the day and then come back to it, or do something relevant to the problem. I think that’s the nature of mathematics–where the joy and beauty come from. We have to let that happen. It’s really a mulling process, giving students the permission to be human: to not know what to do, to flail and flummox. But let that mulling and the subconscious work on things. And then you’ll experience those epiphanies as little flashes of insight to take you forward on a journey you weren’t expecting. And that’s where the surprises happen.

How do you help teachers of mathematics to take these principles to their students?

My work today is going around the world working with teachers, seeking to rekindle whatever that little moment was when they experienced something in mathematics. I know they have had that moment of joy, and I want to expand on that.

Teachers often feel the need to “be the expert,” to know all the answers before the questions are asked. Which is the wrong thing to model for the kids. You actually need to model for students not knowing the answer and having the confidence to try something, nonetheless, all the way through. That’s problem solving. That’s what it means to be an expert in mathematics.

What mathematical problem are you currently investigating?