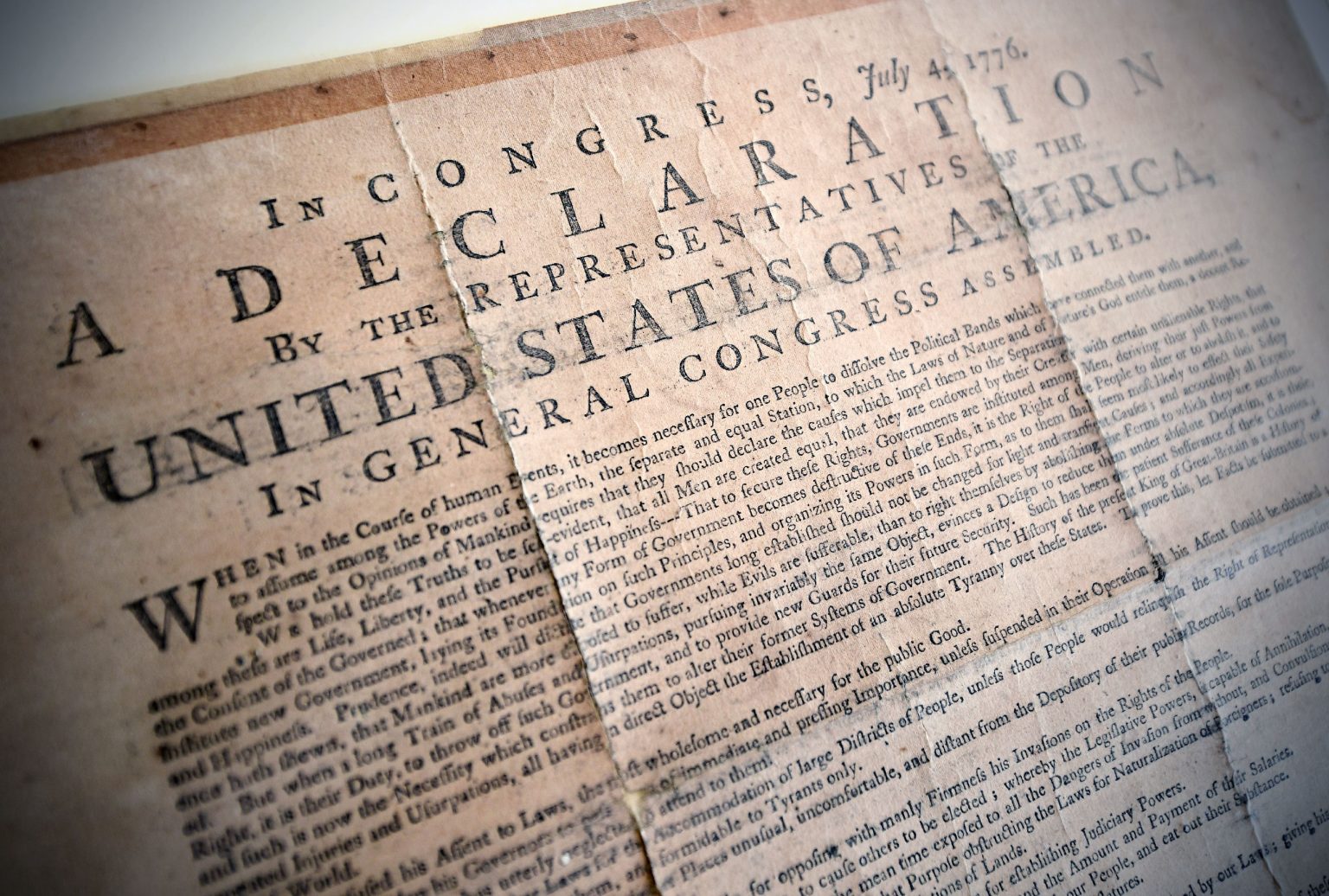 Note: The following entry is from Dr. Owen Anderson (Arizona State University), a Fellow of the Institute for Classical Education

We are divided.  A house divided against itself cannot stand.  These divisions speak to a lack of foundation.  We need a foundation.  We have been provided with one but it has not been sufficiently developed.  I am thinking of the Declaration of Independence.  That document laid the foundation for the American Revolution by providing an argument about why division from England was necessary.  It grounded this argument on self-evident truths about God, humans as created equal, and unalienable rights.

The Declaration of Independence speaks of a foundation:

We hold these truths to be self-evident, that all men are created equal, that they are endowed by their Creator with certain unalienable Rights, that among these are Life, Liberty and the pursuit of Happiness.–That to secure these rights, Governments are instituted among Men, deriving their just powers from the consent of the governed, –That whenever any Form of Government becomes destructive of these ends, it is the Right of the People to alter or to abolish it, and to institute new Government, laying its foundation on such principles and organizing its powers in such form, as to them shall seem most likely to effect their Safety and Happiness.

The foundation is laid on these principles.  And these principles begin with what we can know about God.  The Declaration uses the term “self-evident” in saying that we are created equal.  We cannot be created equal if there is no Creator.  But what could it mean to say that this is self-evident?  Many have doubted this.  There are a few possibilities: one is that the authors were simply mistaken; another is that they meant something more like “commonly held” rather than “logically self-evident;” and another is that these prove themselves in their foundational role.  I have discussed these options in more detail in my book The Declaration of Independence and God: Self-Evident Truths in American Law.

Think of the many divisions about “God” that have arisen in American thought.  There is theism (God the Creator and Ruler), Deism (God the Creator only, used by some Darwinists), Pantheism (Emerson and the Transcendentalists), Atheism (used by other Darwinists), and more.  How can “God” provide a foundation to the rest of our understanding of rights and law if this term is so ambiguous?  This seems to be the opposite of “self-evident.”  Can we actually know anything about “God”?  This is one of the first questions and the Declaration of Independence takes a position on this by saying it is self-evident we are created equal.

I understand these challenges about the nature of God to motivate us to metaphorically “dig deeper” in our understanding.  We are not only divided about our values, we are badly divided about God and the metaphysical absolute.  The authors of the Declaration of Independence were right that this is a foundational truth on which so much else depends.  Rather than be focused only on how divided we are about values we can use this as an opportunity to think about what can be known about God, our having been created equal, and the rights that rest on this.  This is another way of saying: what are we?  Where did we come from?  Where are we going?  We need a foundation.