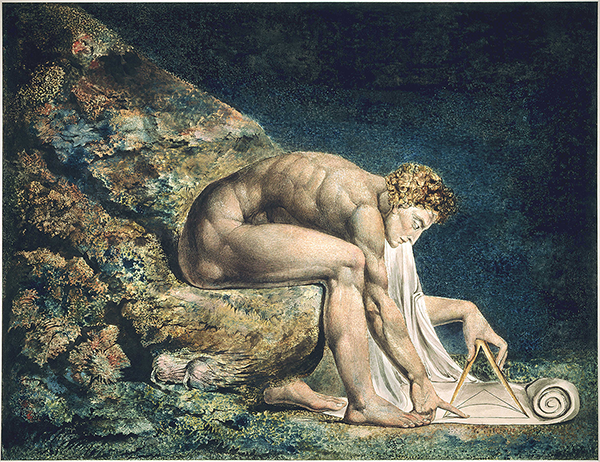 The original meaning of “liberal arts” encompasses those activities worthy of a free human being. Education in the liberal arts is education towards freedom, chiefly the freedom of the mind.

In this age of STEM, we might educate our elementary and secondary school students with as much STEM as possible. After all, to get a working knowledge of math, physics, chemistry, biology, and computer science, not to mention zoology, geology, oceanography, astronomy, anatomy, mechanics, electronics, and all of the various subfields and sub-subfields, there is much to learn and little time. Liberal arts seem like the sprinkles on the icing on top of the cake: decorative, not substantive.

However, we might pause to recall what Steve Jobs, that icon of technology, tells us about the inspiration he drew from a calligraphy course. Similarly, Brad Smith, president of Microsoft, gives speech after speech about the importance of the liberal arts for next generation computing. More broadly, the National Academies of Sciences, Engineering, and Medicine are together in the midst of a multi-year study on the importance of liberal arts to STEM, and they seem on track to make the case that the liberal arts are vital to STEM. At MIT, where I teach, nearly half of our general requirements are social science, humanities, and arts courses.

What’s behind this consensus among the most prestigious STEM people and institutions that the liberal arts are important to STEM?

The most basic answer: liberal arts courses are the best way for students to learn to write and communicate. But the need for liberal arts education goes much farther. STEM tends to be inward looking. Whether doing proofs or analyzing data, STEM focuses students on details and therein directs them away from the big picture. The liberal arts, which teach us to consider at the same time the huge and the tiny, are the antidote par excellence to this microscopic approach. Moreover, the liberal arts teach about the human things— what we especially need to emphasize in an age of mechanism and simulation.

In our current state of political polarization, we could do worse than turn to Jefferson’s solution. The author of the Declaration of Independence was a strong advocate for America’s embracing science, both theoretical and applied. Nevertheless, in his Notes on the State of Virginia, he proposes that students focus on the liberal arts for most of their education, with only the most advanced students learning science. For such education enables the people to effectively become “guardians of their own liberty.”

The original meaning of “liberal arts” encompasses those activities worthy of a free human being. Education in the liberal arts is education towards freedom, chiefly the freedom of the mind. And there is no better way to strive towards freedom of the mind than to study the greatest works written by the greatest minds: the Great Books. By displaying human greatness, these books open the mind’s eye to all types of possibilities, allowing us to measure our own thoughts against the very best. In fact, the Great Books include STEM, but they go infinitely farther than STEM textbooks, for they teach STEM within the totality of human thought.

At MIT, I have been teaching undergraduates the Great Books for two decades. Students learn how to address ethical problems of STEM from Aristotle, Locke, Kant, and Benjamin Franklin—perhaps the greatest of American scientists, who at the same time is the deepest thinker about the human things (and made himself rich, too). Students learn about the goals of STEM from Bacon, Descartes, and Rousseau—and the significance of the American regime for STEM from Jefferson, Franklin, and Tocqueville. They learn what it means to be a modern scientist from Newton and what it means to be an engineer from Watt, Carnot, and Clausius. Having been inspired by these great thinkers, not a few students every year write to me declaring that my course is the best that they have ever taken.

Character, the Project of Life

When I started looking at the characteristics of high achievers, I found that they had lots of things that made them special, but grit emerged as an important common denominator, whether you’re talking about a prima ballerina, a grand chess master, a mathematician, or a writer.

Westerners inherit A design for living Deeper into matter—Not without due patter Of a great misgiving. All the science zest To materialize By on-penetration Into earth and skies (Don’t forget the latter Is but further matter) Has been West Northwest…

In 2007, Meredith Palmer received her diploma from Veritas Preparatory Academy (Phoenix, AZ) as part of the first graduating class of that classical charter school. Eleven years later, she is pursuing her passions for research, biology, and the Serengeti.

When the SAT was founded in 1926, it helped to level the playing field for excellent students who lacked the pedigree to attend Ivy League colleges. It allowed the very best students to rise to positions of leadership and influence in business and politics, regardless of background.

The liberal arts, which teach us to consider at the same time the huge and the tiny, are the antidote par excellence to this microscopic approach. Moreover, the liberal arts teach about the human things—what we especially need to emphasize in an age of mechanism and simulation.